In the history of the Dolomites

The Lord used to order his prophets to go up into the mountains, to speak with him. I have always wondered why he did it, and now I understand the answer: when we are high, we can see everything small. Our glories and sadness cease to be important. What we conquer or lose remains down there. From the top of the mountain, you can see how big the world is, and how wide the horizons are.

Antermia, in the Ladin tradition, the name of the beautiful nymph who lived in the waters of the lake of the “Giardino delle Rose” (Rosengarten) or the Catinccio. There are countless Ladin legends set on the banks and waters of this beautiful alpine lake. A lake, and the refuge of the same name, delightfully secluded in this northern part of the Catinccio (Rosengarten), accessible only with long paths; from the Val di Fassa going up the Val Udai to the Passo di Dona 2516 m., or covering the entire Valle del Vaiolet or again, crossing the Larsec Plateau.

The refuge was built in 1911 by the Fassa Section of the D.Ö.A.V. (Deutsch-Österreichischer Alpenverein). It is a small building capable of hosting about twenty climbers. These are the years in which some of the most beautiful classic routes of these remote areas are opened by leading figures such as: Giovanni Battista Piaz, aka Tita Piaz the Devil of the Dolomites and Hans Dulfer. The former worked harder on the Catinaccio Centrale and Larsec, the latter on Larsec, the Cime di Lausa, the Croda del Lago, the Catinaccio d’Antermoia.
Noteworthy, precisely in 1911, is the episode that sees the pangermanic E.Kraupa, accompanied by L.Rizzi, meet and collide on the southwest wall of the Spiz delle Roe di Ciampiè with Tita Piaz, which the next day will open on same wall a more difficult way. The story will prove to herald the tragic events that will follow.
From 1911 until the First World War, the refuge was managed by Cassan Luigi.
During the war the building remains abandoned to itself, but at the end of the conflict the territory is assigned to Italy and the refuge is assigned in 1921 to the S.A.T (Società Alpinisti Tridentini). It is in this period, that which exists between the two wars, that the figure of Don Tita Soraruf Parish priest of Mazzin stands out, for his mountaineering activity carried out on the Crepe di Lausa, on the Larsèc, Cime di Dona, on the Polentòn, on the Mantle, on the Socorda crepe .
In 1926 Paolina Cassan manages it, but more is not known.
Between 45 and 46 the refuge passes to the Rock School of Canazei and the conductor of the house is Gaetano Conforto.
The long run of the Lorenz family began in 1947 (1947 Battista Lorenz, 1960 Amalia Lorenz, 1961 Giuliana Lorenz, 1968 Elmar Lorenz), a good 43 years in which the Lorenzs witnessed the registration of the refuge to the CAI in 1962, and the restructuring and expansion of the building in 1981, which will bring it to its current 44 beds. The inauguration of the new structure takes place in 1982.
From 90 to 2016 the management of the refuge was assigned to the mountaineer and mountain guide Giambisi Almo, together with his wife Fiorenza and it is precisely in recent years that the creation of photovoltaic panels to contribute to the building’s energy needs.

Since 2017, the refuge has been managed by Martin Riz, mountain guide and rescuer for the Aiut Alpin.

From the second post-war period to today, the areas surrounding the Conca D’antermoia, such as Larsec, were frequented by a few enthusiasts and great mountaineers such as: Gino Battisti and Dante Colli (authors of the two famous guides on the Catinaccio).
In recent years, a mountaineering contribution has been made by Almo Giambisi, together with friends such as Sergio Martini, Cristoforo Groaz and Silvio Prevosto who have created a single pitch gym that goes from 4th to 6th grade on the Testone del Rifugio and from 5th to 6th. 7th on the Cima di Dona, a 4 pitch route on the Torre Fiorenza and some routes on the Mantello. 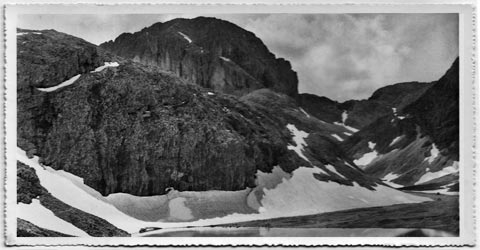 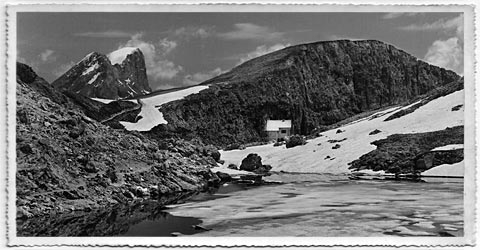 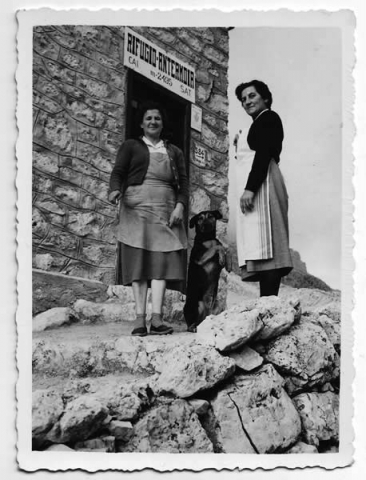 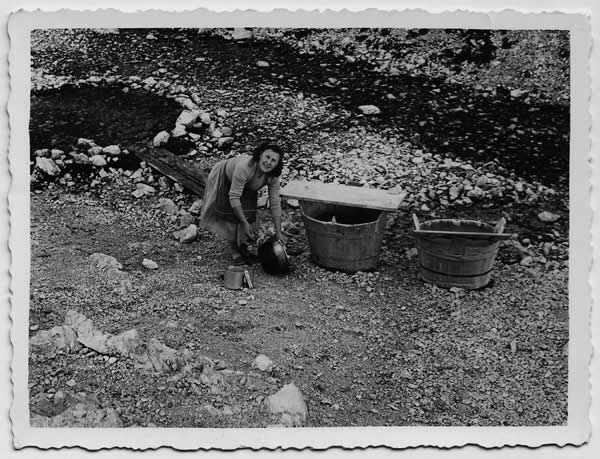 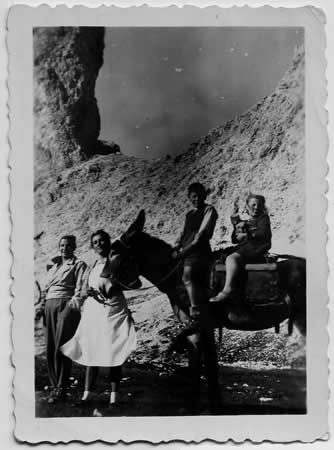 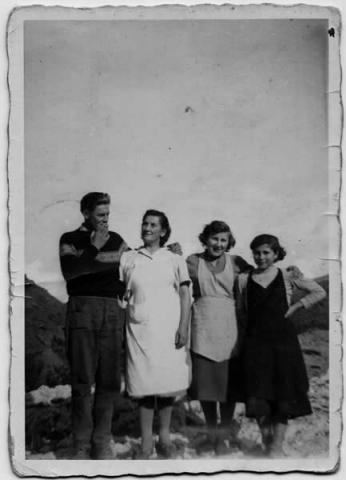 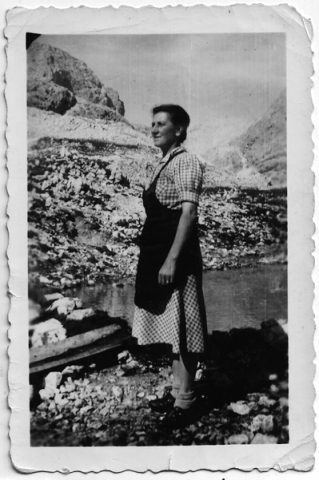 Having been born and raised in Campitello di Fassa in a family of Alpine Guides: grandfather Luigi Riz (Poder) and dad Silvio Riz (Poder) my bond for the Catinaccio di Antermoia comes from far and is part of me. Antermoia have been part of my life since I was a child when at the age of 6-7 I made the first via ferrata and climbing guided by my dad. Experiences that led me to a mountaineering growth and maturity by attending the Catinaccio group at any time and period of the year.

Martin Riz has been the coordinator of rescue operations in the Fassa and Fiemme area since 2012. In November 2010 he was a Gold Medal for civilian value for a rescue operation in Val Lasties. Since 2013 he has been an Alpine Guide with the College of Trentino.

From 2002 to 2009 athlete of the Italian national ski mountaineering team: in 2008 Gold Medal at the Port du Solei World Championships (CH). Several victories in the World Cup and in the 2007-2008 period, winner of the Dolomites Cup 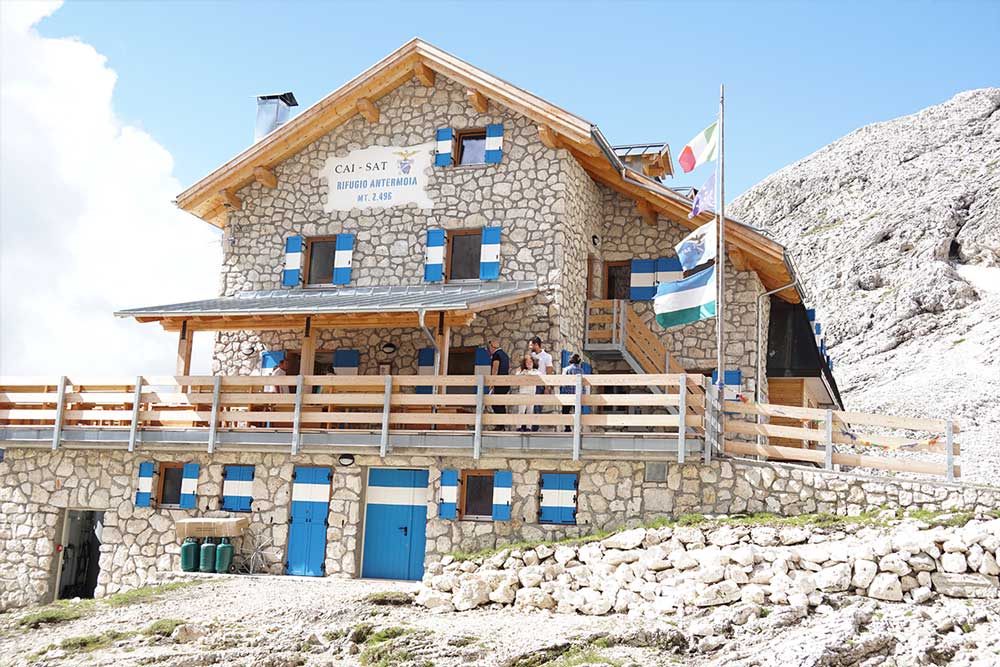 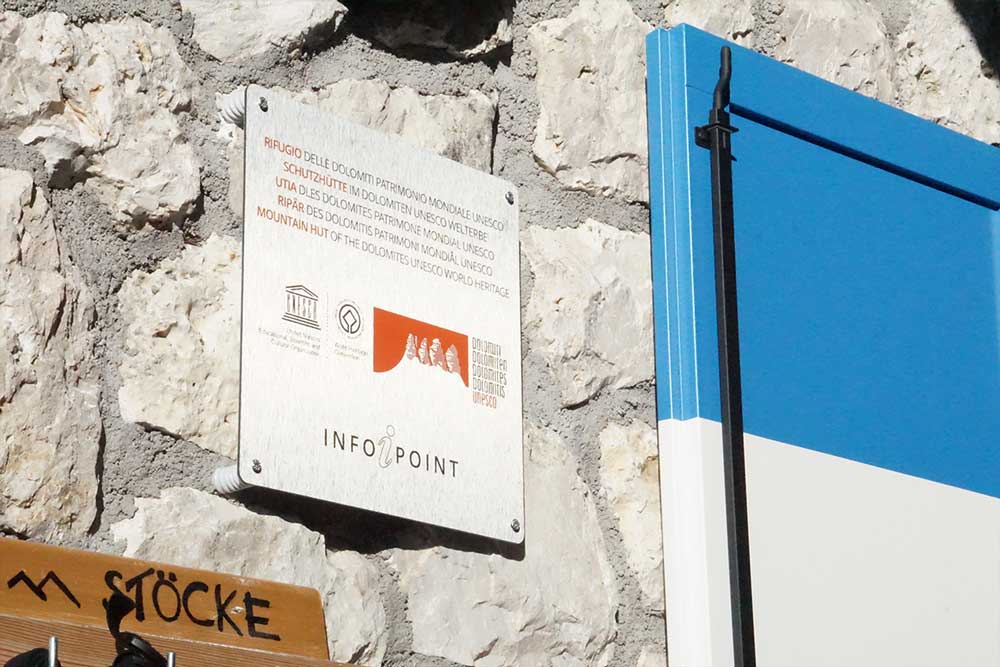 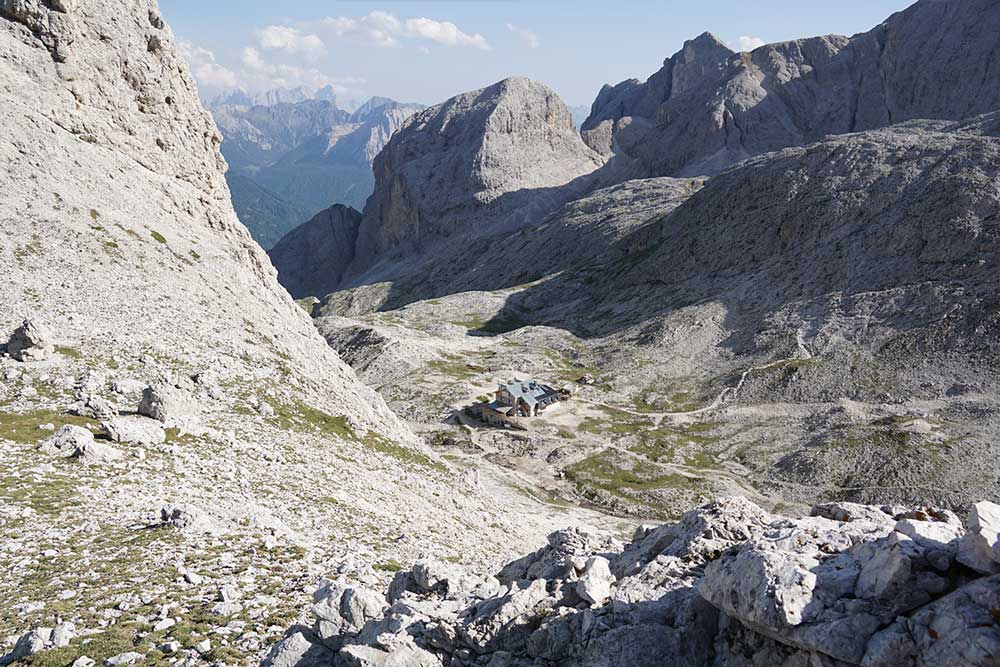 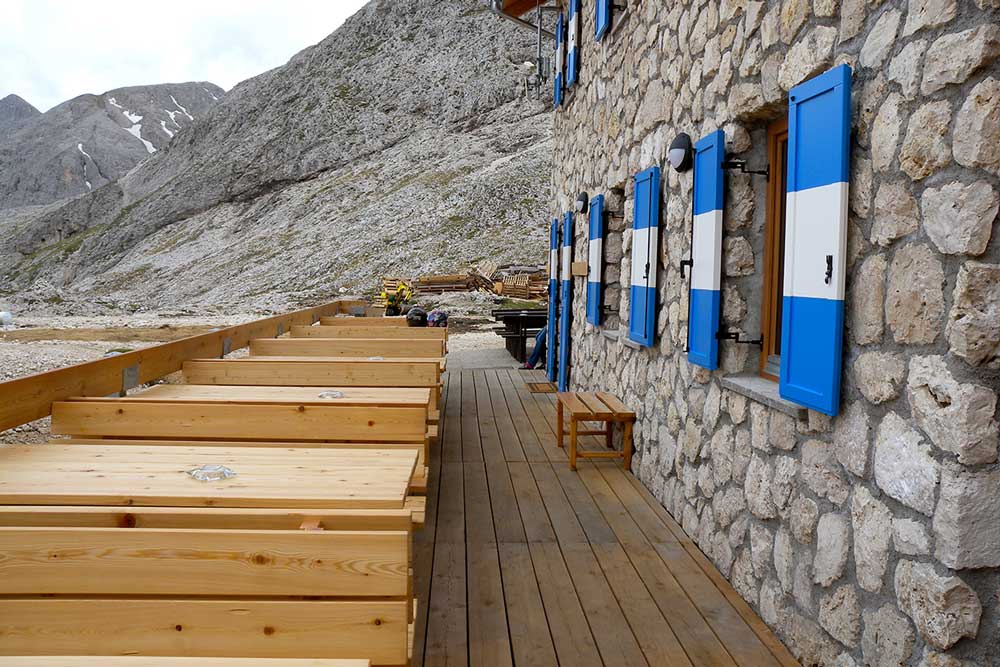 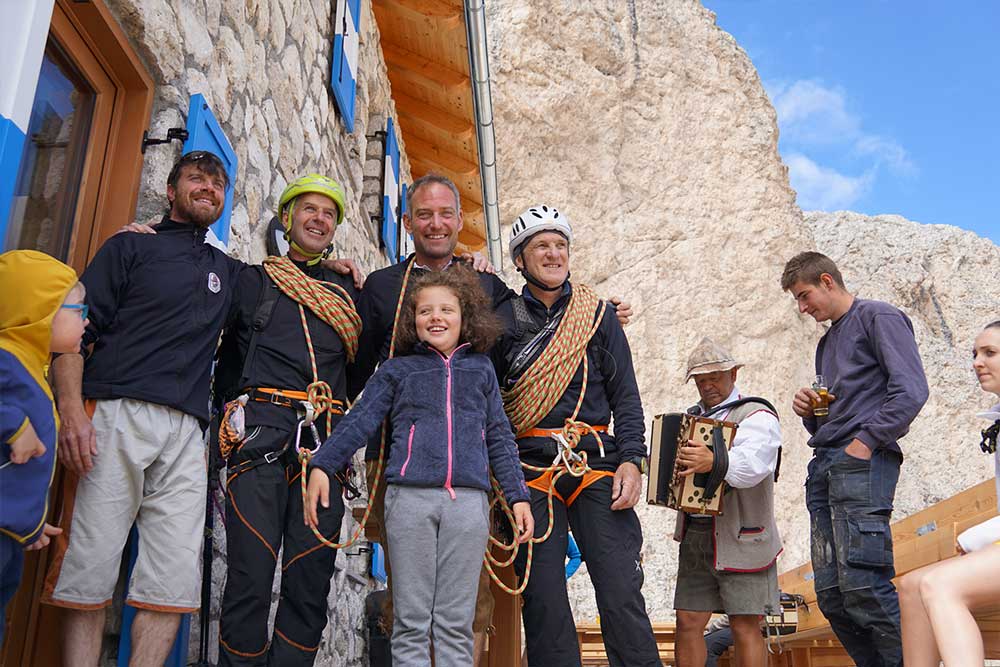 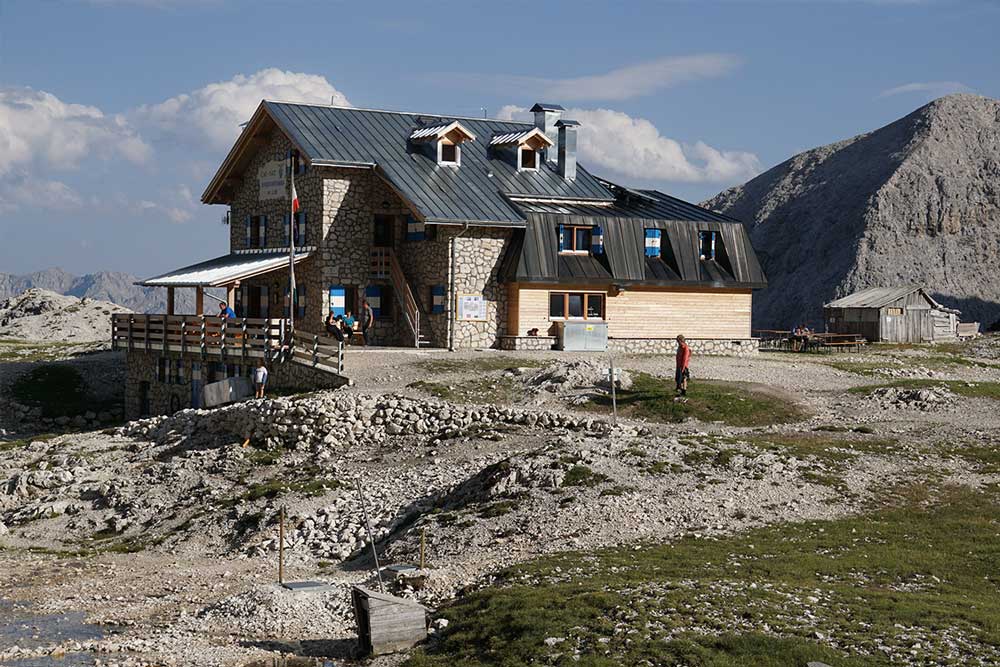 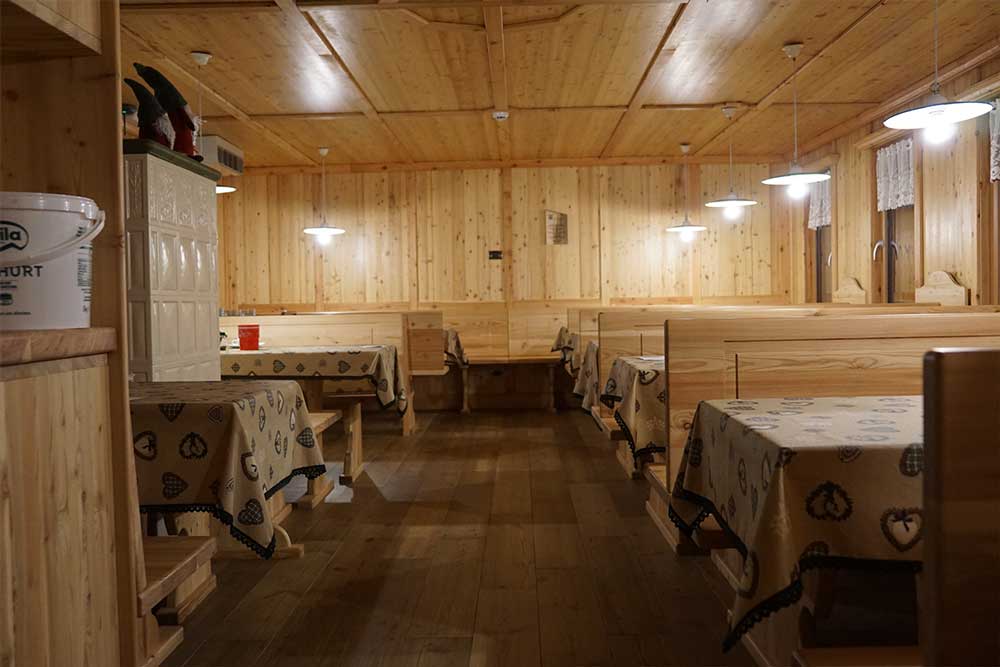 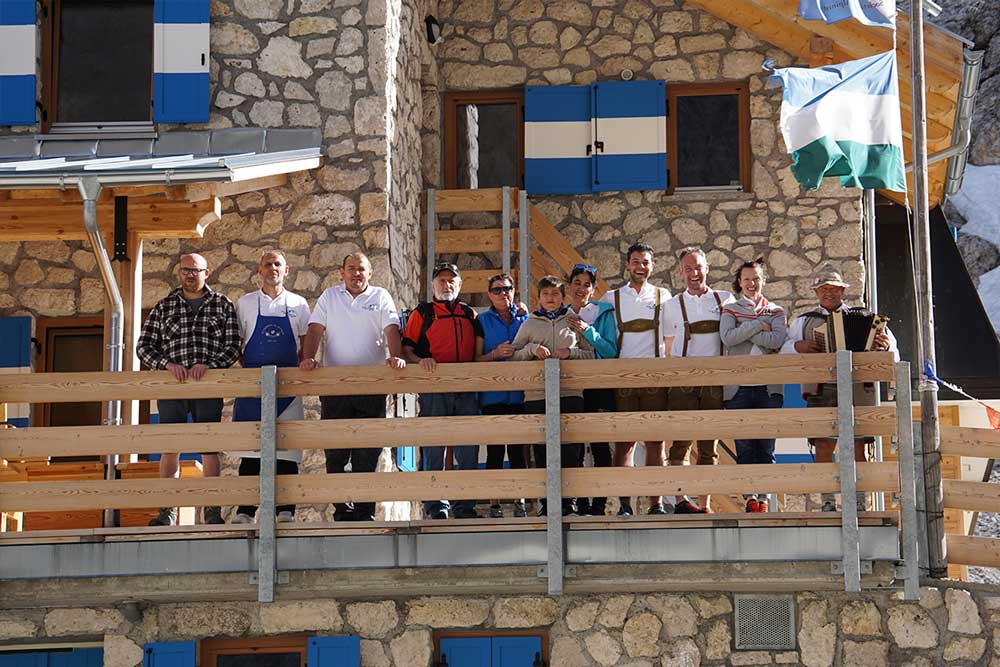 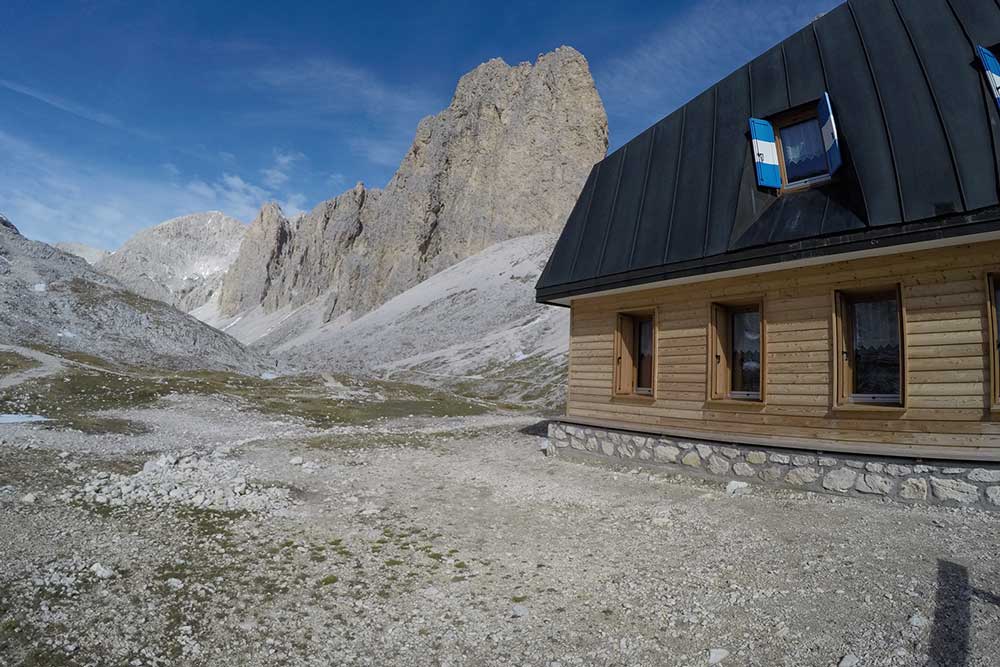 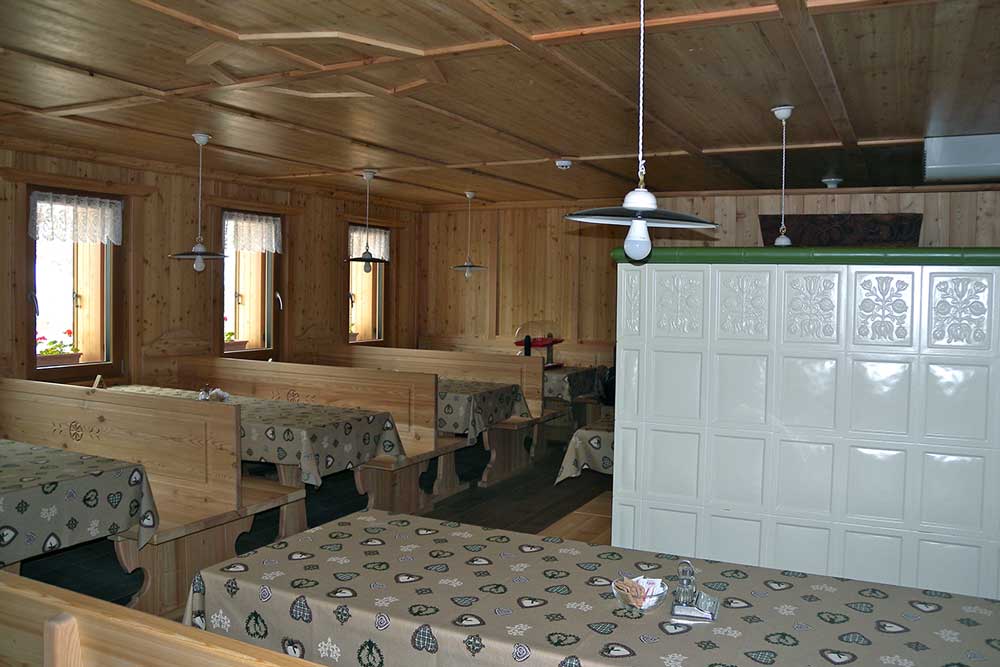 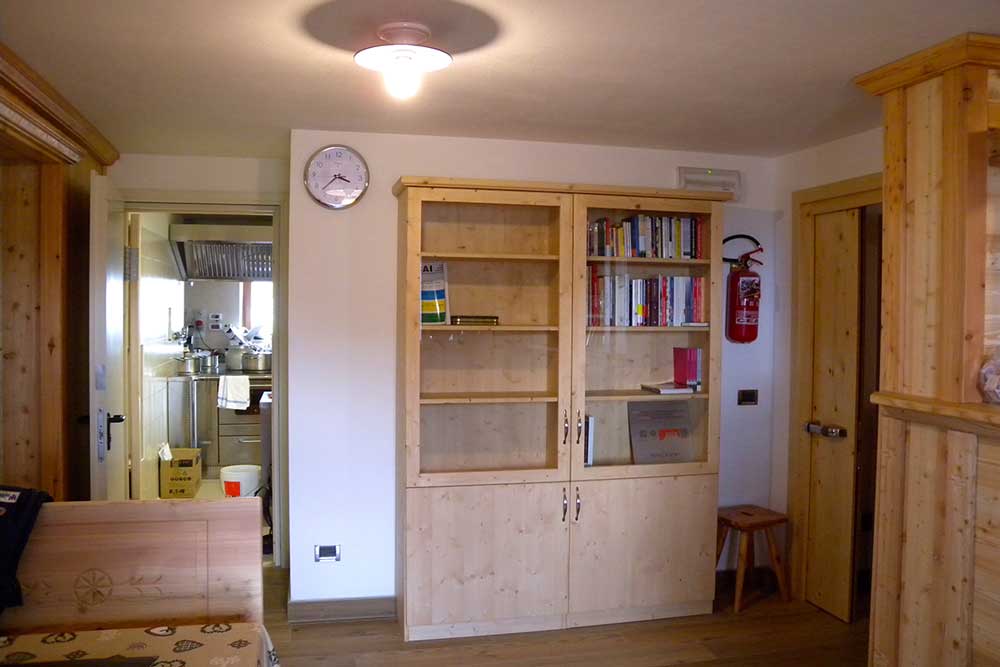 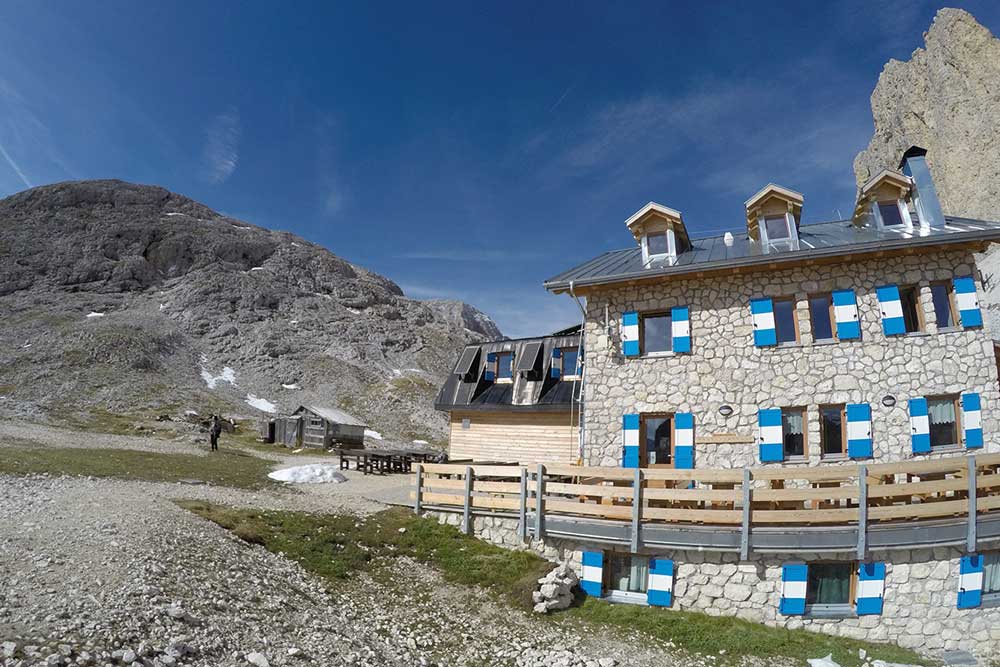 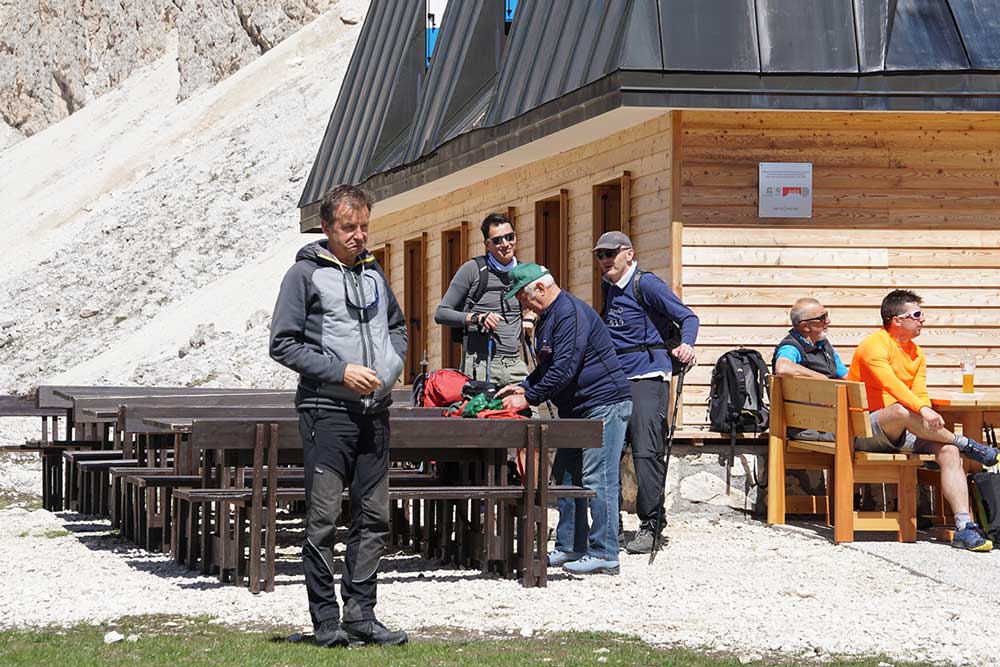 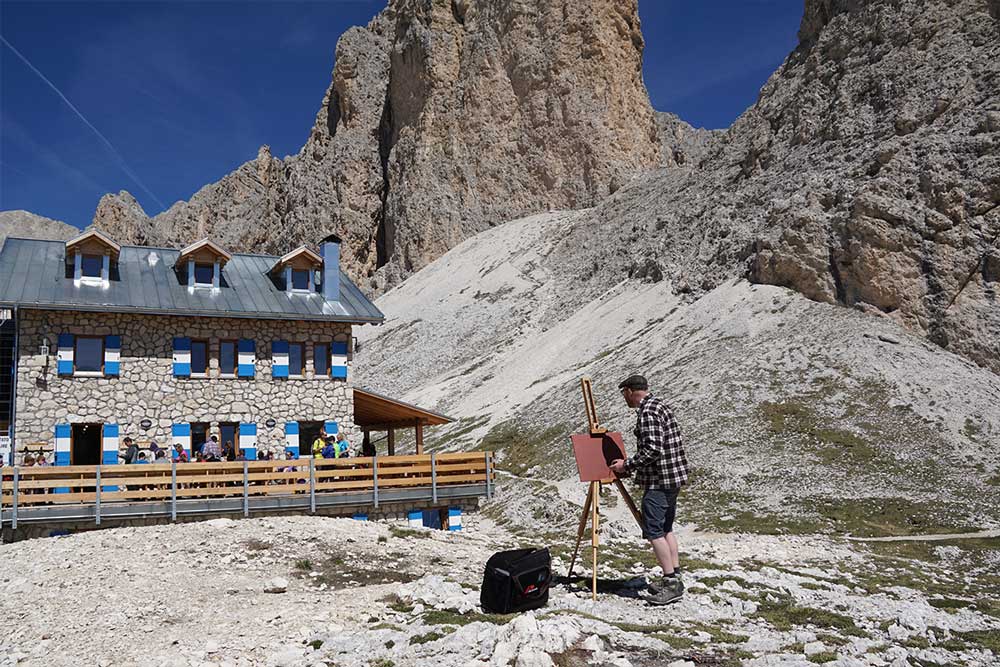 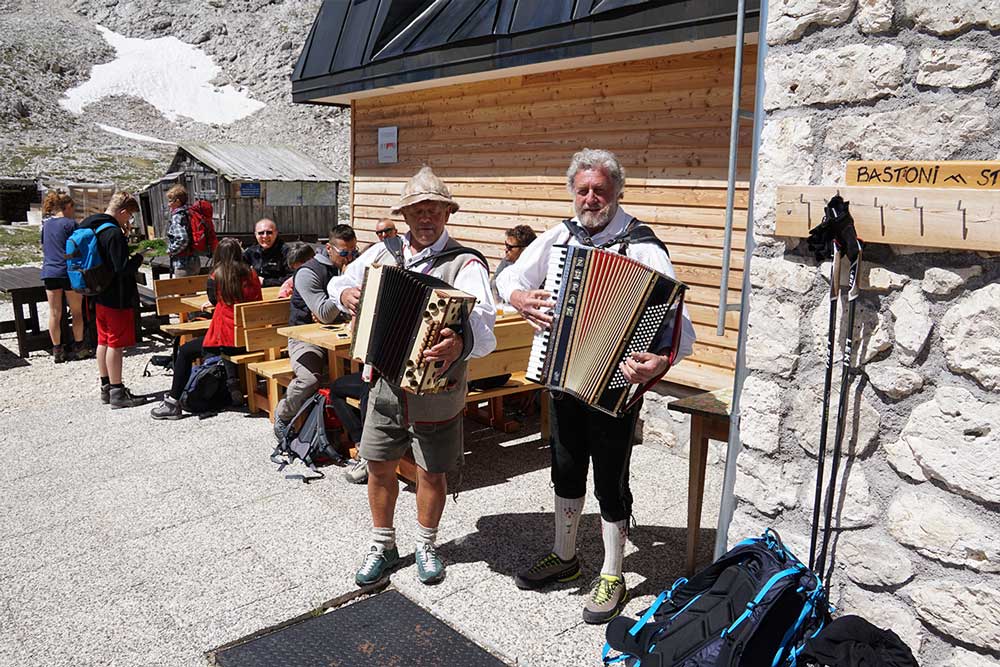